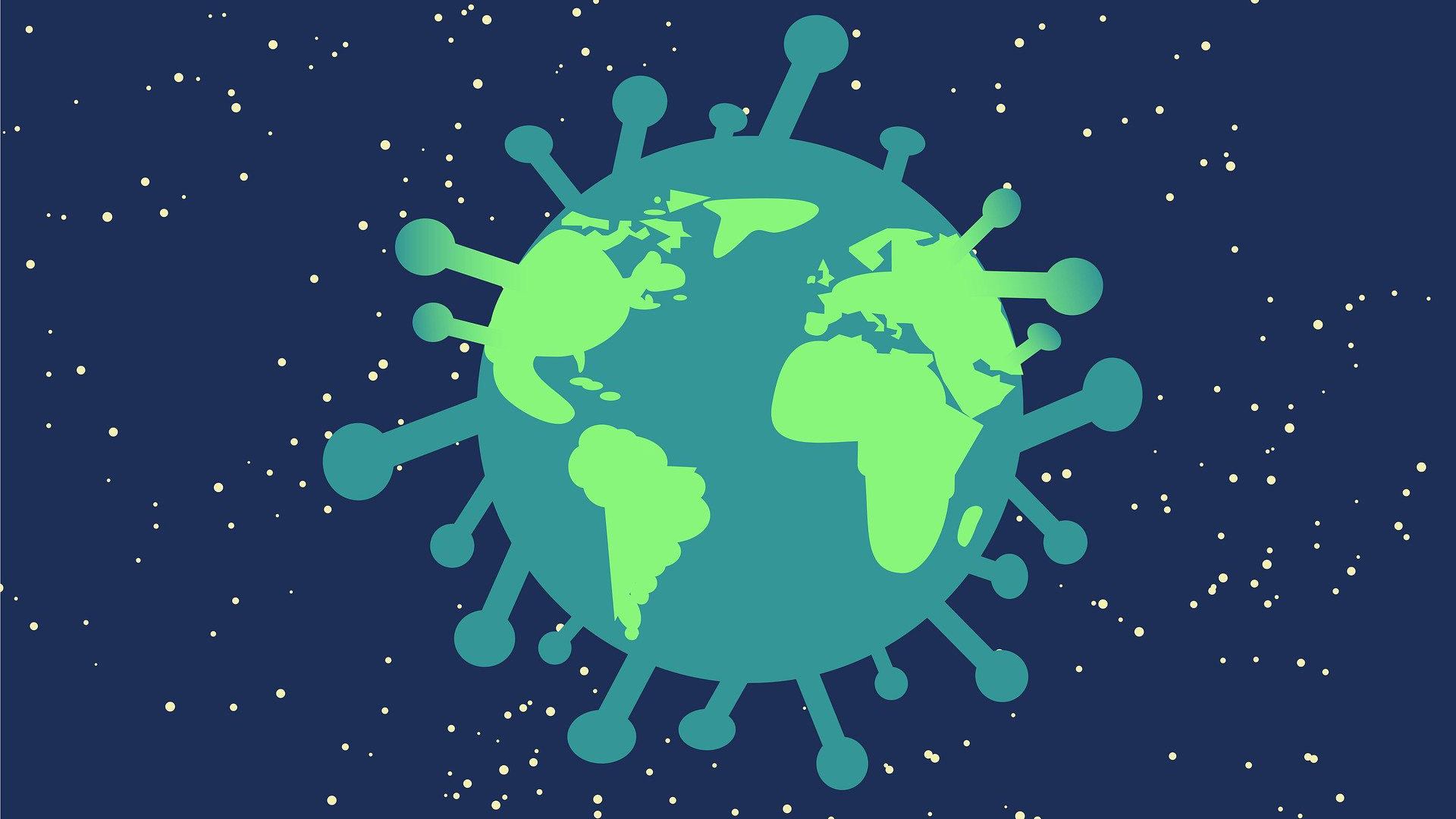 Home | Blog | Covid-19, the virus that changed the world

Covid-19, the virus that changed the world

When R.E.M released a single titled “It’s the end of the world as we know it” in 1987 the world was quite different. The Internet was just a science fiction idea and the Soviet Union was the most dangerous enemy of the West. Michael Stipe was singing “…and I feel fine”, but we guess that wouldn’t be the case now since the Covid-19 virus has taken the world by storm.

The Covid-19 outbreak has severe consequences on the way that we live. Hundreds of thousands have lost their lives across the world, governments have imposed strict lockdown measures to control the virus spread and scientists have been searching for the right medical treatment. As a result of the restrictive measures, the global economy has suffered an unprecedented blow with some analysts suggesting that the impact could be worse than World War’s II. Let’s see the economic developments in some of the major economies.

The U.S. was one of the last countries to impose lockdown measures on its citizens in order to control the Covid-19 pandemic. At first, President Donald Trump refused to do it, but the harsh reality of thousands of deaths, especially in New York City, forced him to take action. One of the world’s leading economists, Joseph Stiglitz, attacked the U.S. President saying that his handling of the coronavirus crisis puts the economy on course for a second Great Depression. In an interview with The Guardian, Stiglitz noted that “it is like a third world country. The public social safety net is not working. Trump’s decision to make this about politics rather than about science has meant we have responded far more poorly. If we had the right policy structure in place, we could avoid a second Great Depression easily.” 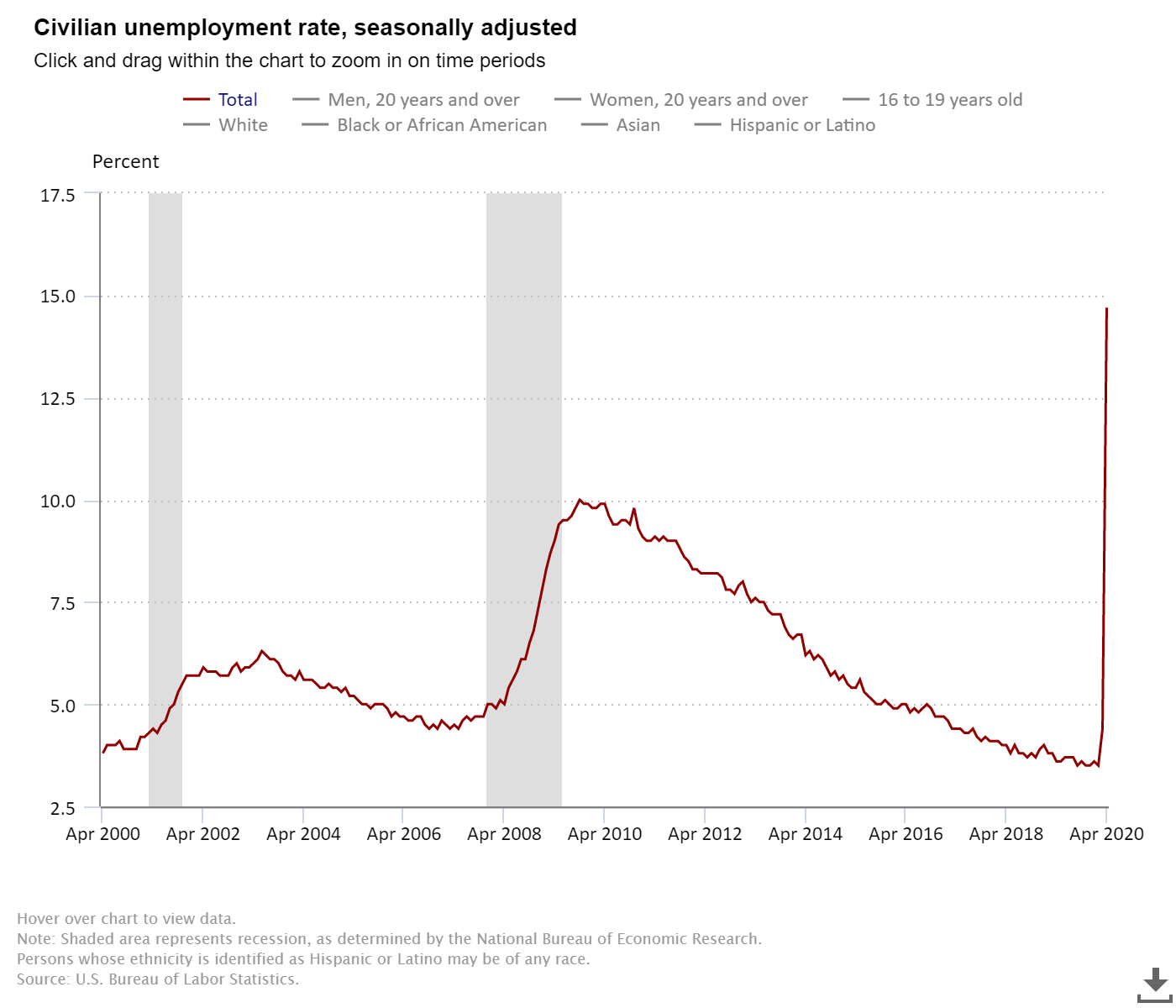 On May 8th the U.S. Bureau of Labour Statistics published data regarding April’s Nonfarm Payrolls (NFPs) and unemployment rate. The report revealed that, during April, NFPs declined by a record-high of 20.5 million, coming in slightly better than the market expectation of -22 million. The unemployment rate in the U.S. jumped to 14.7% from 4.4% recorded in March. Both figures are post-WWII era records. Economists surveyed by Dow Jones had been expecting payrolls to shed 21.5 million and the unemployment rate to go to 16%. ABN Amro’s analysts suggest that the US unemployment rate will peak at 18% in May.

Boris Johnson is the only prime minister that got sick from Covid-19 until now. The UK’s prime minister suffered criticism as he was accused of not imposing strict lockdown measures at the beginning of the crisis. The UK’s economy is struggling with the consequences of the shutdown. The Bank of England (BoE) has warned that the British economy could shrink by 14% this year and unemployment rate more than double by spring as the coronavirus causes the deepest recession in modern history. On Wednesday May 13th, the Office for National Statistics (ONS) published data which showed that the UK’s GDP shrank by 2.0% in the first quarter of 2020. This is the worst figure recorded since the last quarter of 2008. 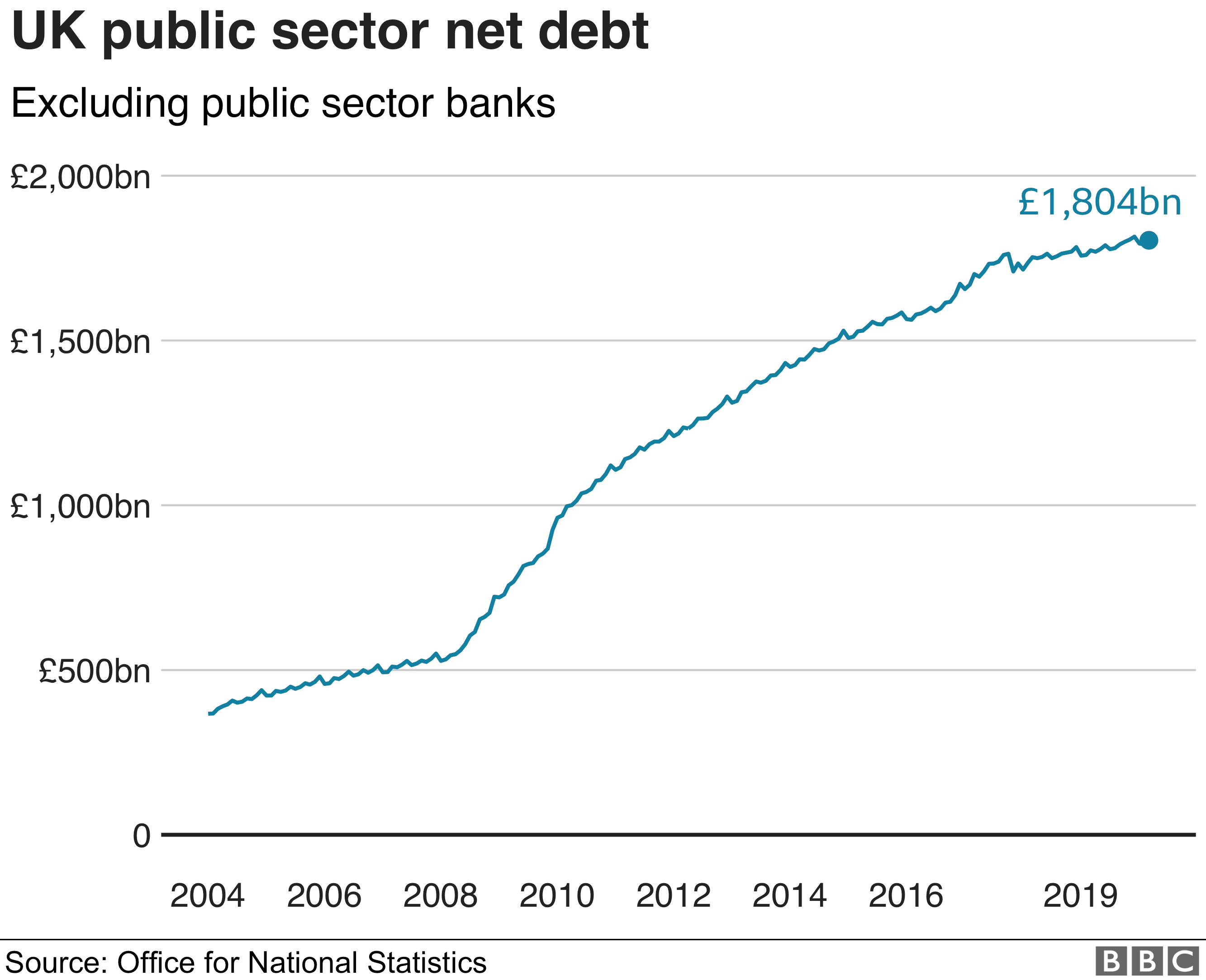 The Office for Budget Responsibility (OBR), Britain’s budget watchdog reported that the country’s budget deficit in the recently ended 2019/20 financial year might be significantly bigger than announced earlier in April because of the impact of the coronavirus crisis. The government’s pledge to pay 80% of the wages of temporarily laid-off workers while tax revenues will be probably lower than expected means that the public sector borrowing is likely to be revised up.

Gertjan Vlieghe, a member of the BoE’s governing board, noted that “based on the experience in other countries that were hit somewhat earlier than the UK, it seems that we are experiencing an economic contraction that is faster and deeper than anything we have seen in the past century, or possibly several centuries.” A report by IHS Markit said that “around 81% of UK service providers and 75% of manufacturing companies reported a fall in business activity during April, which was overwhelmingly attributed to the COVID-19 pandemic. The latest survey also signalled survey-record declines in new orders, backlogs of work and employment.”

A report published by ING said that “while the French need to do paperwork to walk their dog, the Dutch can still do some shopping.” This is actually true as lockdown measures in the eurozone are similar but not identical. Italy had thousands of victims followed by Spain. As EU leaders met to discuss a large relief package, the division between the north and the south reignited, making people even more pessimistic about the future of the union. 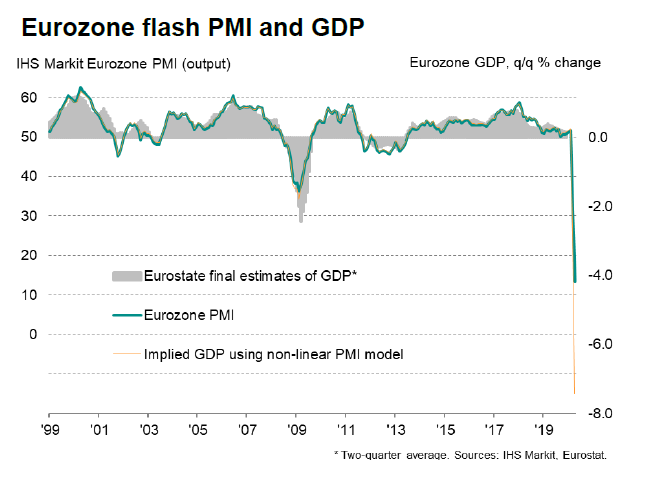 Economists at IHS Markit noted that “the eurozone is heading for an unprecedented slump. With large swathes of the economy likely to remain locked down to contain the spread of COVID-19 in coming weeks, the second quarter looks set to record the fiercest downturn the region has seen in recent history. At the current rate, the eurozone is shrinking by a quarter-on-quarter rate of 7.5%.”

Economists believe that the bloc’s unemployment rate will double from the current rate of 7.3% as lockdown measures caused huge disruptions. Some EU countries have lifted some of the measures, restarting their economies. However, many citizens in the eurozone are afraid that opening businesses will create a second wave of coronavirus cases and many more casualties.

Plan for your financial future

Markets face more turmoil as fears for the global economy grow. Market downturns may hide great investing opportunities for individuals who want to grow their wealth. Our advisers can help you create a solid financial plan that will set you up for future success. Get in touch with us today to learn more.