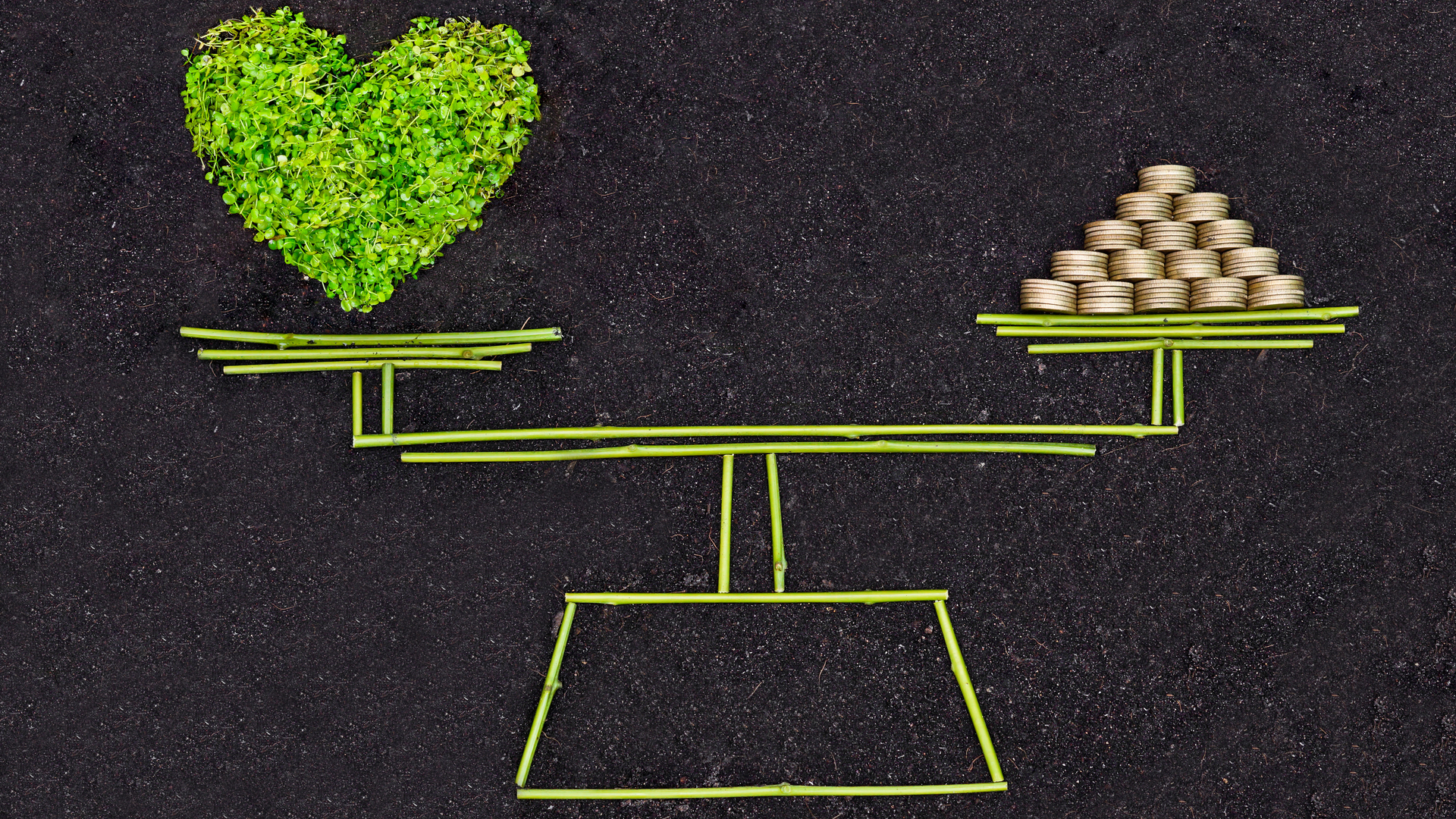 Home | Blog | Ethical Investing: Changing the World, One Investment at a Time

Ethical Investing: Changing the World, One Investment at a Time

Ethics define the decisions we make and the way we lead our lives.

Unfortunately for investors, balancing ethical values and earnings has proven difficult – until now.

Ethical investments are growing, both in terms of their availability and the returns they are generating.

Is it possible to change the world and build a profitable portfolio at the same time? Before we answer that, let’s start by taking a look at what ‘ethical investments’ are.

Ethical investing is a broad term. Essentially, it is an investment strategy which considers financial returns and values. There is no industry standard definition, so it is open to interpretation.

Think about it like the purchases you make. When you go to your favourite coffee shop, you might go with a Fairtrade option based on your values. By going with the Fairtrade coffee, you are supporting the farmers, their communities and the environment.

Ethical investments work in the same way. The only difference is, instead of getting a coffee in return, you can make a profit.

Investments can be made based on, social, environmental and religious values, to name a few. This means the companies you invest in are doing their bit to promote positive change.

The big question is, how viable are ethical investments financially?

Ethical funds are nothing new. Pax World Fund was the first modern fund to launch in 1971, and the UK followed suit in 1984. Today, a sizable chunk of people’s money is invested in ethical funds.

That’s all well and good, but how are these funds performing? It turns out, pretty well.

The average ethical fund has grown by more than 18% over the past three years, more than double their non-ethical counterparts. It would seem that sustainable investments have been consistently performing well for some time. 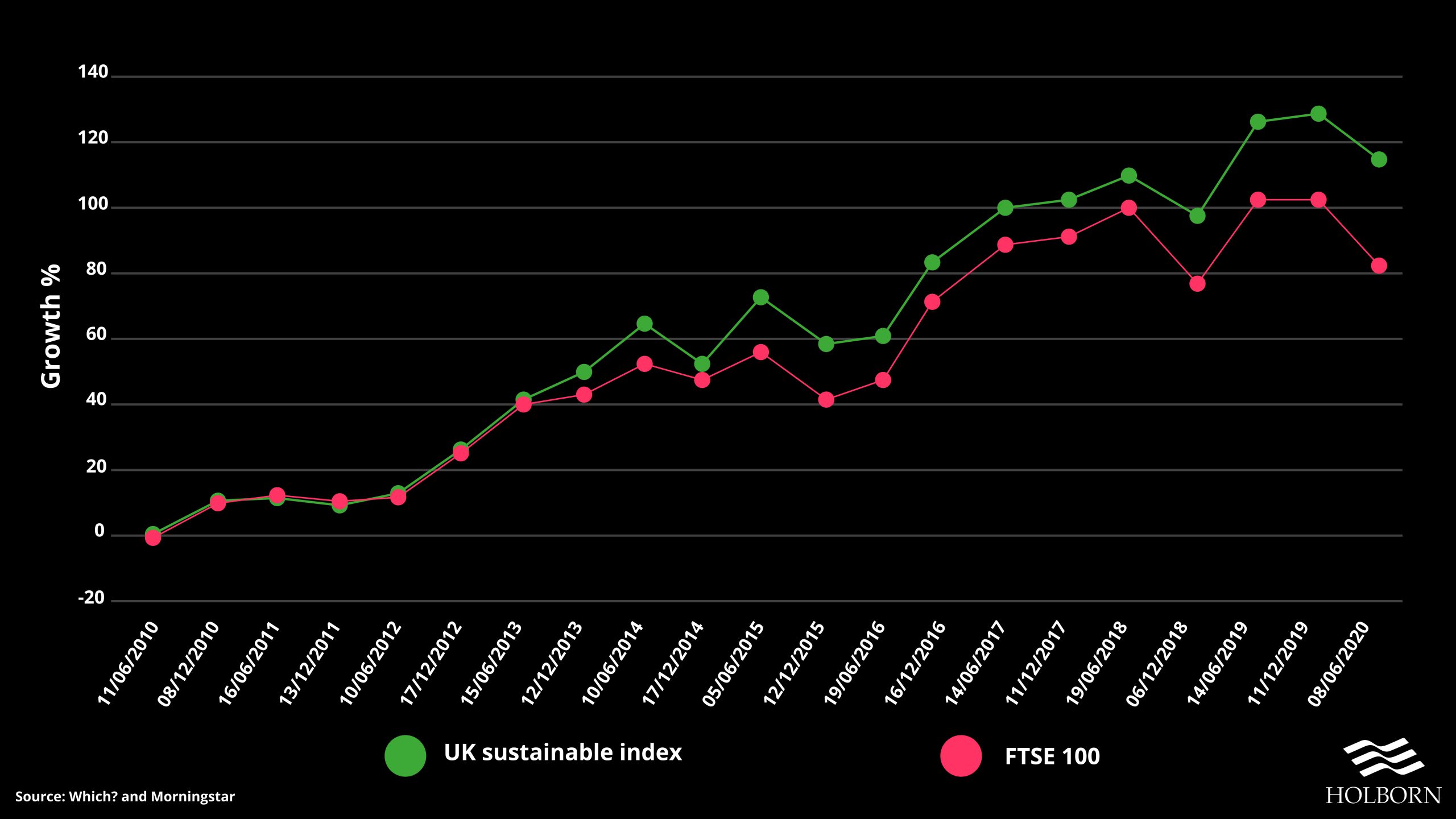 Ethical investments are also proving to be resilient to the pandemic, according to a study by Moneyfacts.

So, you can invest based on your values and make a profit. What’s the catch? There isn’t a catch as such, but ethical investing isn’t as straightforward as it should be.

Chances are, you are not aware of those terminologies, and you’re not alone.

A study by Which? revealed that jargon is making it difficult to invest ethically.

The consumer watchdog surveyed a group of investors, with nearly four in ten saying they held ethical investments. However, very few were able to define ethical investing correctly.

Things got more confusing when it came to the different types of ethical investments.

There are several terms used to describe different investments that fall under the ethical investing umbrella. The table below shows the ones used in the Which? report. 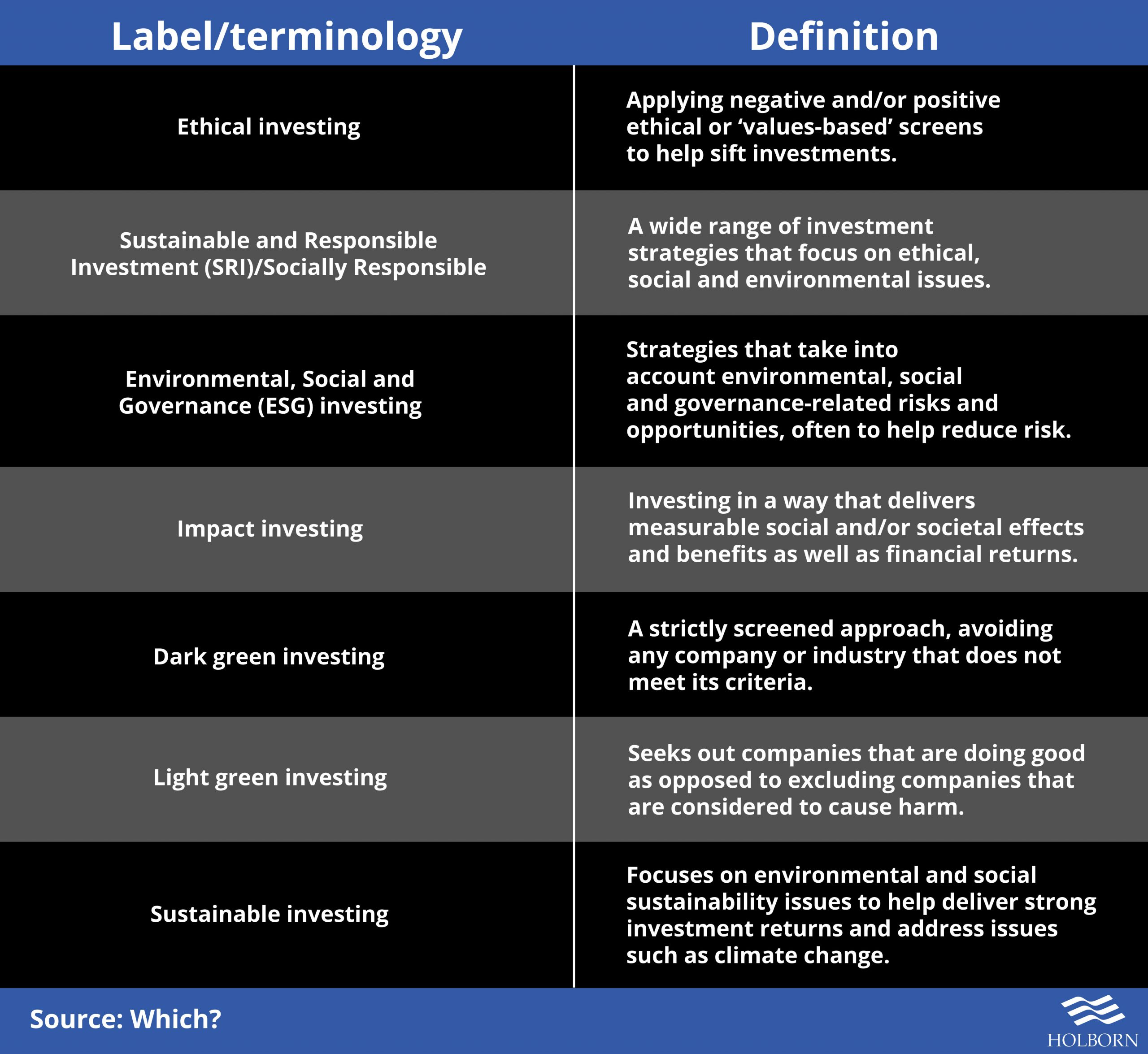 These terms have created further confusion. Just 21% of respondents understood one of the more common terms, ESG. To make matters worse, the use of these terms isn’t regulated.

Each term has a set of criteria which it uses to judge if an investment is compliant. What one fund deems ethical, another might not.

For example, a fund which focuses on climate change may exclude an oil company because of their previous negative impact on the environment. The same oil company might be included in an ESG fund because they have prepared for the dangers of climate change.

Because of the lack of regulation surrounding the use of these labels, companies have been accused of ‘greenwashing’.

Greenwashing is the term used to describe companies that produce misleading marketing materials, claiming to be more ethical than they are. With so many labels and no set definition for them, it’s easy for people to invest in something that is against their values unwittingly.

Which? has called on the investment industry to set clear definitions for these labels to provide transparency for investors. The consumer watchdog has also called for label definitions to be regulated by the FCA so people can invest with confidence.

What to do next

For now, ethical investing is labour intensive. Picking investments that truly reflect your values and return a profit requires some research.

Speaking with a financial adviser that understands your values can help reduce the legwork required to build a successful, ethical portfolio.

Be aware that ethical investments, just like any investment, are prone to risk. It’s important to build a diverse portfolio, rather than putting all of your eggs in one basket.

To find out how we can help you build a successful portfolio tailored to your needs, contact us using the form below.