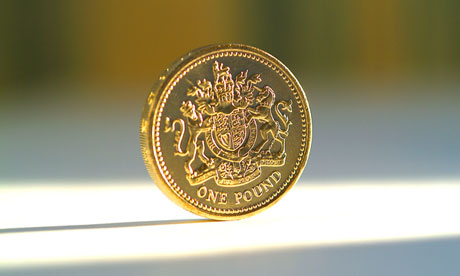 According to The Guardian, UK Prime Minister David Cameron could ban British expatriates from claiming tax credits for up to four years as part of a compromise agreement with the European Union over renegotiating the UK’s terms of membership. Under this deal thousands of British expats could lose tax credits for up to four years. “In an attempt to win support for his proposal to ban EU migrants from claiming in-work benefits for four years, the prime minister is looking at whether the ban could apply to Britons who live abroad for four years or more,” the report stated.

Even though this plan is set to target mostly British expats and workers in Europe who took advantage of the EU free movement rules to relocate in countries such as Spain, the new rules should apply to all British expats equally. However, “British officials say ideas for a possible compromise are not fixed.”

It may be the case this is just part of the UK’s strategy to put pressure on Brussels in the ongoing negotiations over the UK’s membership in the European Union ahead of next year’s referendum. According to the latest polls, an increased majority of British people are favouring the UK to leave the European Union. The Survation poll for the centre-right Mail on Sunday newspaper showed that more than 53% of Britons will vote in favour of Brexit, while 47% will vote to stay in the European Union, which makes the UK one of the most eurosceptic countries of the 28-nation bloc.

In essence, this agreement looks to limit in-work benefits to migrants “at the expense of British expats which will have some restrictions on tax benefits. Meanwhile, the Daily Telegraph is reporting that “anyone owing UK tax on their overseas income will face punitive penalties of at least 30% of tax due – and potentially criminal prosecution – under legislation currently being considered.” Under this new rule, the most vulnerable people seem to be the British pensioners living overseas due to “the complicated international tax rules they are subjected to.”

“Under draft legislation announced in November, there are plans afoot to make anyone with an unpaid offshore tax liability a criminal,” according to the Chartered Institute of Taxation. An elderly person who does not realise that funds are taxable in the UK because they have already been taxed in an overseas jurisdiction, or someone who inherits an offshore account without any direct knowledge of it. Taxpayers in these situations should not face criminal charges.

British expats and workers who had lived out of the UK for four years or more would be affected by this agreement. In this regard, all British expats who would normally expect to top up low wages through tax credits once they return to the UK would be restricted from doing so. And in order to compensate for the cut in tax credits the UK is also about to increase the minimum wage to 9 Pounds/hour by 2020, which any increase in the minimum wage is a good thing, but it’s nowhere near close enough to compensate for the cutting in tax credits.

The hard working people are going to have their wages slashed by these measures and in turn, inflation is likely to stay lower for years to come, especially when the global growth is slowing and the commodity prices are falling through the roof, which is going to make it hard for the BOE to raise interest rates anytime soon. British expats should be paying more attention to the macro developments as the Pound continues to be under pressure.